35 hectares of vineyards divided into four main units purposely distant from one another and located at different altitudes and microclimates. From 250 to 550m above sea level, passing from a notoriously Mediterranean and maritime climate to the more continental and cooler climate of the Upper Maremma.

All our vineyards are within the Colline Metallifere Geopark, which is one of 9 Italian geoparks recognised by UNESCO to be of exceptional geological interest. 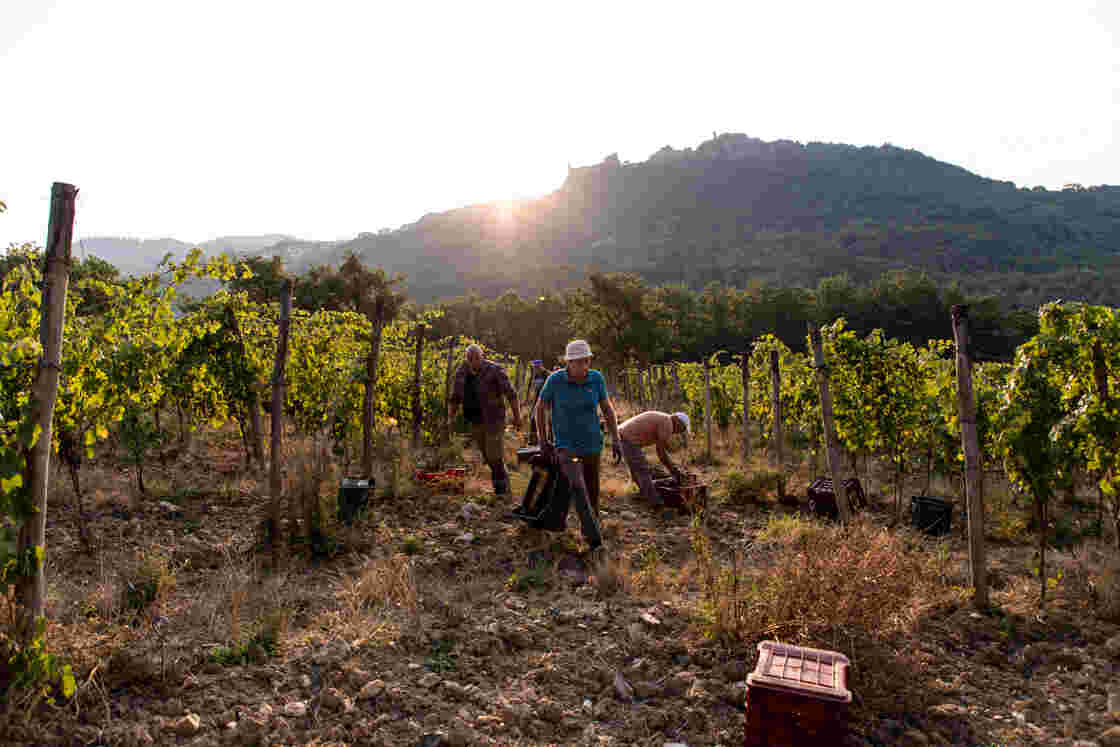 This is the kingdom of Cabernet Franc, the Master of Ampeleia, It is a place of contrasts, of impact and of great energy that expresses its uniqueness through this vine variety.

Located at an altitude of 500 metres, it is the largest unit, with 12 hectares divided into 7 parcels of Cabernet Franc, 4 of co-planted Bianco and one of Merlot, producing the grapes used for Ampeleia, the monovarietal Cabernet Franc, Empatia and a part of our Bianco.

The vineyards have south/south-east exposure and are ventilated all year round. La Rocca is a natural amphitheatre, which takes its name from the spur of rock above it on the left, on which Roccatederighi was built.

The soils are a mixture of schist, palombini limestone and clay.

The view stretches to the sea, to the Island of Giglio and, on clear days, as far as Elba and even Corsica. The microclimate differs from the other vineyards in that it is more continental, cooler with significant temperature variations between night and day. Even on summer evenings a t-shirt rarely suffices and snow often falls in winter.

This is also reflected in the vegetation, where the woods surrounding “La Rocca” are holm oak, oak and chestnut.

At 300 metres above sea level, hidden in the scrub, there is find a chequerboard of vineyards that take their name from the highest mountain in the surrounding area,

“Sassoforte”, on the peak of which there are still the ruins of an ancient castle used as lookout point by the Sienese. The strength of this habitat is transferred into the composition of its soils, rich in rhyolite and grey clays, washed by the waters that run down the slopes. With south/south-east exposure, it is the vineyard that best illustrates our Mediterranean character.

It extends over 5 hectares, divided into 7 parcels, planted with Carignano, Mourvèdre, Alicante Nero and white grape varieties. It is protected by Mediterranean scrub of myrtle, strawberry tree and cork oaks, whose aromas are transferred to the wines produced with its grapes: Kepos, Carignano and Bianco di Ampeleia.

Its name derives from the village and church located above the vineyard.

The “La Pieve” vineyards are ideal for growing Alicante Nero. A native variety of Maremma that was removed to make room for other varieties, but which we obstinately replanted in its native ground in 2003.

At 300 metres above sea level, it is formed of 10 hectares in a single parcel, surrounded by olive groves and woods. It is an open area, with a view stretching as far as Mount Amiata. These are fertile and well-ventilated lands, with high air exchange rates, composed of clays mixed with pebbles, conglomerates and sand. The characteristics of Pieve give wines a delicacy, lightness and a harmonious nature. This is why we chose to dedicate half of the land to Alicante Nero and divide the other half between Mourvèdre and Carignano, which produce the grapes for Unlitro, Rosato and part of Kepos. 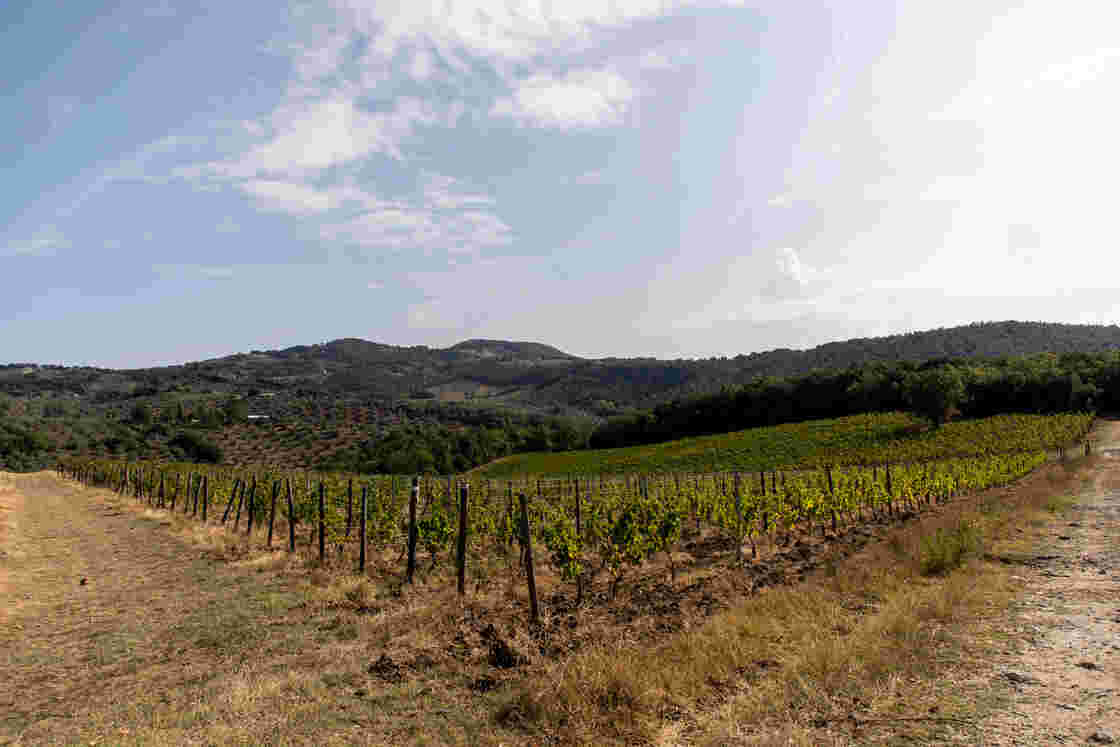 This is our vineyard closest to traditional Maremma, at 200 metres above sea level, the Maremma of crops and wheat and sunflower fields.

It is where the influence of the sea, which has left a legacy of limestone deposits and marine fossils in the clay soil, is felt most. It extends over 7 hectares, located in a more enclosed ventilated hilly area, and has various exposures. Here we have planted Sangiovese, Alicante Nero, Alicante Bouschet, Mourvèdre. It is the land of Unlitro.